Bozeman is in Gallatin County, which ranks second place in the entire state for per capita income. It also has one of the highest average family incomes in the state. This is one of the many reasons Bozeman is expected to grow in the coming years.

One of the biggest employers in the city is Montana State University. This institution employs over 3,000 people in the city. The university is growing, which means there are frequently job openings for academics in all different fields, as well as administrative staff and many other types of jobs that come with a major university. Having so many students in the town also means that there is a thriving culture for hangouts for young people. This includes bars, movie theaters, shopping centers, etc.

The second biggest employer in the area is the Bozeman Deaconess Hospital, which has almost 2,000 employees. Employment in the medical field is almost always growing, which means people looking for work in this sector usually don’t have a hard time finding it in Bozeman.

Bozeman has been making the news in recent years for becoming one of the new hubs of the tech industry. Some people are attributing this to the natural amenities in the area, the fact that there’s a large university there, and the area’s general embrace of the digital economy. Whatever the reason, it’s become a hub for startups. Oracle Corporation is located in Bozeman, and it is one of the largest tech firms in the world.

Tourism has also always been an important industry in Bozeman. Because of all the scenic beauty in the area, the town gets many visitors. People looking for seasonal or year-round work in the tourism sector can usually find success here.

In general, Bozeman is a great place for people looking to live in a place in Montana with a great job market. It has been reported that it is the fastest growing economy in the state. Employees also have high retention rates, which shows great job satisfaction as well. 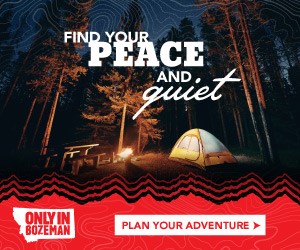